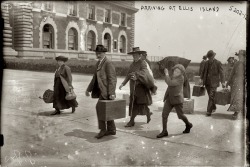 I teach in a rural, almost-all-white school in Southern New Hampshire. Our students don't know much about immigration. That doesn't stop them from having strong opinions about it. Our Immigration unit is designed to make them a little more thoughtful about forming opinions.

The essential question for the unit is, "Who Deserves to Be an American?"

Yes, I know it's a provocative way to ask the question, but that's the idea; aside from learning about an important theme from American history, I want my students to be able to look at a controversial topic from several different angles, listen to a variety of opinions, and then form their own opinions. It's not important to me what their opinions are - just that they are based on something other than gut feelings, or half-overheard conversations from home.

This last question is the most interesting and usually leads to a spirited discussion. Some of the rules that they debate include:


These discussions, which come from the students, are very similar to our national debate on Immigration. They are important for several reasons, not least of which is that we will look at various immigration policies that the United States has had through history and attitudes that Americans have had and it's really interesting to compare the historical concerns to the contemporary ones of our class. 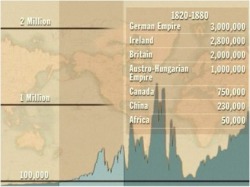 As a class, we examine this series of graphs from the Ellis Island website and examine the trends in numbers and countries of origin of immigrants to the U.S. throughout history. 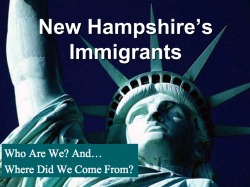 We use this PowerPoint from the New Hampshire Historical Society to examine immigration trends in New Hampshire since the 1600s...

Step 4b - A Manchester Race Riot 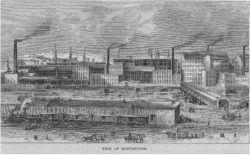 ... which leads relatively seamlessly into a discussion of this 1854 riot, in which the non-Irish population of Manchester, New Hampshire tried to drive out Irish immigrants with the tacit approval of the police.

As a class, we spend about three days examining and interpreting political cartoons and images from the mid-19th century through today. Some of these are excruciatingly racist.

I have reproduced them here, with links to better images wherever possible: 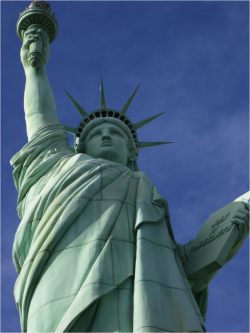 Next, we compare two very different poems - "The New Colossus" by Emma Lazarus and "The Unguarded Gates" by Thomas Bailey Aldrich.

Lazarus' poem expresses the sympathy that because our country is so great, we have an obligation to take in the "Wretched Refuse" of the world - the people who really, really need us.

Aldrich expresses the view that immigrants are dangerous and will make our country less noble and white. (Interestingly enough, Aldrich's house in Portsmouth is directly across the street from the house where the Jewish Russian immigrants, the Shapiros later lived. ((See Shapiro House homework packet, above)).)


When we have thoroughly analyzed both poems, students are randomly assigned one poet or the other and draws a political cartoon based on the political philosophy of that poet. The political cartoons are then put in a movie and posted online. (See below)

We briefly discuss the immigration stations at Ellis Island and Angel Island. 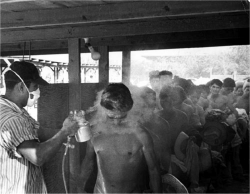 Next, we listen to this amazing story from NPR about the 1919 El Paso Bath Riot. It is a shocking story of how some Mexican immigrants were treated in the early 20th Century. 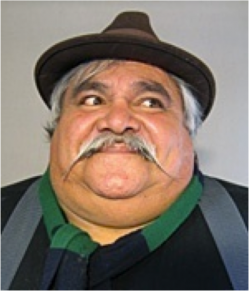 As a very cool follow-up to the Bath Riots story, we listen to this awesome story from StoryCorps.

Ramone Sanchez, the lead singer for Alacranes Musical, tells a story about how the teachers in his school in San Diego would routinely change the names of hispanic children when he was growing up. 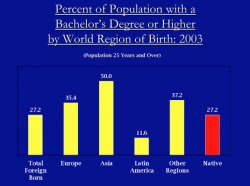 We look at immigration statistics from the Census Department. 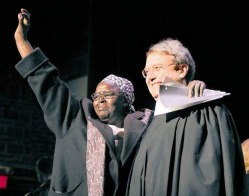 We read this news story from 2006 of new immigrants being sworn in as citizens in Concord. We look at the photos and read the stories of individual citizens and families from all over the world who were sworn in at the ceremony.

The final assessment for this unit is to write a persuasive essay. The students are supposed to express one (and only one) opinion about Immigration, discuss it with vocabulary terms we have learned over the past unit, then back it up with events we have learned about in class and a news story from the past year or so.

It can be of any length.